PARMACOTTO SPONSORS “LA PARANZA” OF THE CATACOMBS OF SAN GENNARO

One of Italy’s most famous food sector brands that must implement an important reorganization in order to relaunch its business activity, finds the strength for a new beginning and succeeds in reaching a performance that exceeds all expectations.

A Company that chooses to invest in culture and social responsibility. A group of Neapolitan kids from a tough neighbourhood that successfully manages a paleo-Christian site making it the third monument most appreciated by tourists in Italy.

The conservation-restoration project of the Upper Vestibule of the most important catacombs of southern Italy is born from this: a common ground between Parmacotto and La Paranza of the Catacombs of San Gennaro. 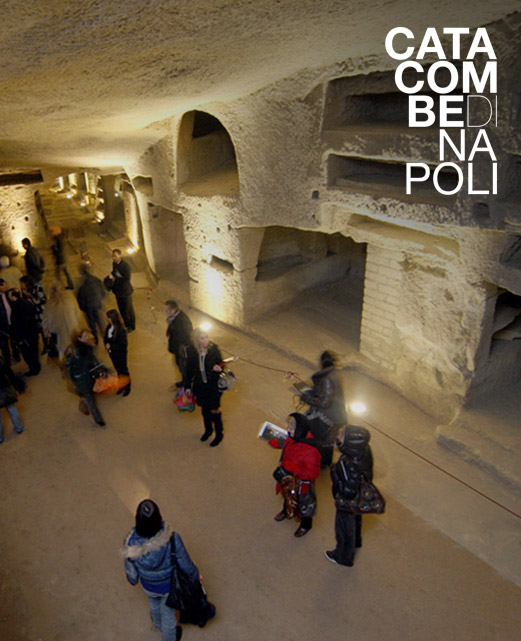 The original centre of the catacombs grew around the tomb of a rich Roman family (whose name remains unknown due to the loss of written documentation) and dates back to the II – III century. The lower level vestibule was created from this initial donation and by the end of the III century it became the burial of Saint Agrippinus, sixth bishop of Naples, and the site of worship of the first Patron Saint of the city. After the construction above Agrippinus’ tomb of a burial basilica, bishop Giovanni I (413 – 431) transferred the remains of San Gennaro to a cubiculum of the lower catacomb (after martyrdom in the year 305, the Saint’s remains had been buried in the Agro Marciano). From that moment on the catacomb became a place of worship of the martyr who holds such an important role in the history of the city and over time the catacombs were named after him, thus becoming the Catacombs of Saint Gennaro.

The Paintings that will be restored with this project are located on the vault and walls of the upper vestibule. The art work shows generic degradation, mainly due to previous restoration efforts (which did not take into consideration the specificity of the semi-hypogeum location, and used materials not totally compatible with the seasonal temperature ranges to which the painted surface is exposed to), as well as water seepage, though limited, caused by the embankment above.

Consolidation of the original plaster will be secured with micro injections of hydraulic mortar and needed buttresses. As the state of conservation of the painting has damaged a large section of the painted area, after careful and detailed cleaning of the build-up, the entire surface will be thoroughly examined with possibly localized colour fastening.
Possible and probable presence of old traces of protective substances (probably acrylic resin based) coating the surface of the painting in previous interventions, will require the removal with suitable solvents. A protecting layer will be place underneath the solvents to prevent further damage to the surface, and all the substances that may compromise the conservation will be removed in order to lighten up the painting and thus improve the visitors’ experience.
The restoration work will be carried out by two restorers from Naples, Michele Gargiulo and Agata Finocchiaro. 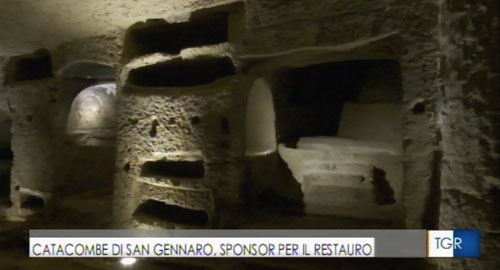 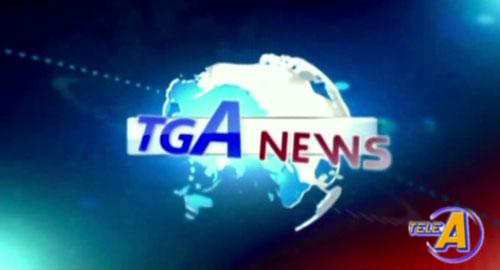 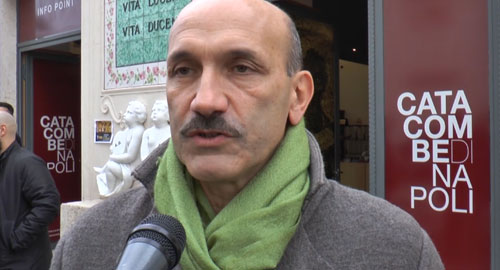 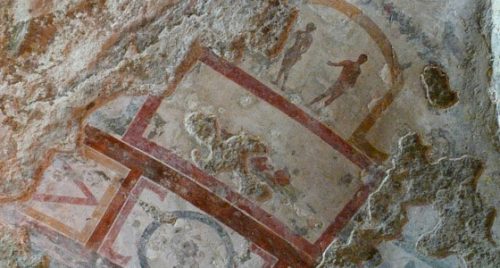 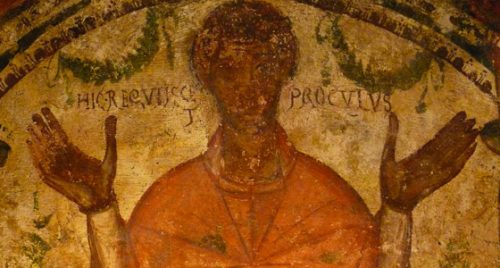 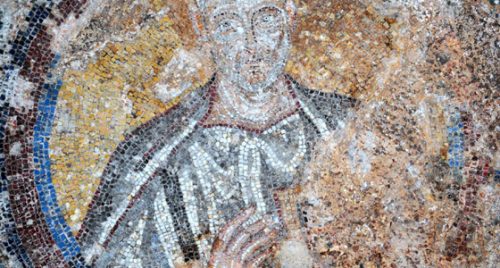